Hieronymus Bock, together with Otto Brunfels and Leonhard Fuchs, is considered one of the three fathers of botany (K. Sprengel). He was probably born in Heidesheim/Odenwald in 1498.
In 1519, Hieronymus Bock began to study at the University of Heidelberg. Besides lectures in philosophy, he was interested above all in plant lore and medicine.
In 1522, Bock took a position as teacher and botanist in Zweibrücken, the residence of Duke Ludwig II. Bock undertook numerous botanical excursions from the Ardennes to the Swiss Alps, in which he collected plants. These he later cultivated in his own private garden in order to study their interrelationships. In 1539, his work "Das Kreütter Buch, Darinn Underscheidt, Namen vnnd Würckung der Kreutter, Stauden, Hecken vnnd Beumen, sampt jhren Früchten, so inn Deutschen Landen wachsen Durch H. Hieronymum Bock auss langwiriger vnd gewisser erfarung beschrieben" [The Book of Herbs, In Which is Distinguished, the Names and Effects of Herbs, Perennials, Bushes and Trees, as Well as Their Fruits, as They Grow in German Lands, By H. Hieronymus Bock, Described from Long and Certain Experience] appeared. In this work, Bock described the shapes of individual plant species and their changes in the course of their growth. He also gave information about their habitat. Beginning with the second edition (1546), this herb book contained numerous woodcuts with pictures of the plants.
Parallel with his activities as a botanist, Bock also worked as a theologist. He met the later reformer Johann Schwebel in Zweibrücken; the latter influenced him definitively. In 1533, Bock received a prebend as a married layperson at the Hornbacher Fabianstift, which permitted him financial freedom for his botanical investigations. After the Reformation was completed, Bock became pastor of the Hornbach parish. During the implementation of the Augsburg Interim, Bock worked from 1550-52 as a personal physician to Count Philipp II in Saarbrücken; afterwards he was once again the "Pastor of Hornbach". Hieronymus Bock died in 1554 in Hornbach. 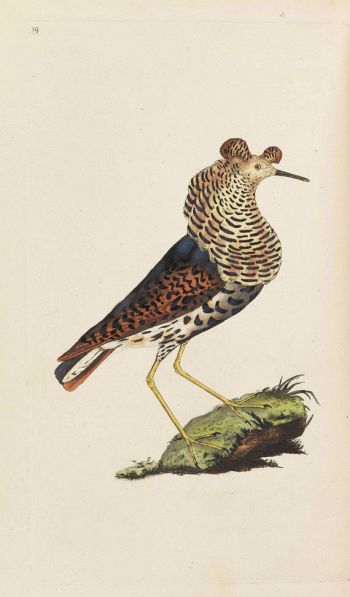 Would you like to sell a work by Hieronymus Bock?